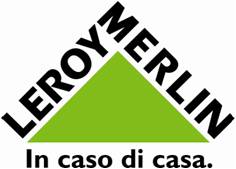 Leroy Merlin, a mass retail company, specialized in DIY and hardware sector, is part of Groupe Adeo, a French player who placed themselves at first place in Europe and third place in the world.

In Italy Leroy Merlin arrived in 1996, with the opening of the first sales point of Solbiate Arno (Va) and today it can count on 47 stores distributed throughout the country for a total of about 6,000 employees and a turnover of over 1,3 billion euros.

The points of sale are served by a single outsourced deposit of approximately 80,000 m2 at the Rivalta Scrivia (AL) logistic village, where they manage:

The remaining 35% of the volumes is made up of direct deliveries by the suppliers to the stores that are supplied daily with flows from 1 to 4/5 articulated lorries.

In order to support the growth of the business, considering the increasing complexity of its supply chain supply chain, Leroy Merlin Italia decided to implement a new and more performing warehouse management software at Rivalta: the Warehouse Management System (WMS) by Manhattan Associates.

Among the main goals declared by LMI for the new WMS:

The complexities linked to the activation of the software, among the best and most advanced ones in the world, gave birth to the creation of a working team including representatives of Leroy Merlin Italia, French supplier, and Simco to develop a parameterization that could interface with other supply chain management tools.

In particular, the involvement of Simco occurred both during the testing phase and for the training of warehouse employees.

As for the tests, the activities were divided by flow: STOCK, XDOCK, TIE (cross-deposit transport) and LDD (direct deliveries), in order to verify the correctness of all the WMS functions expected.

For each flow we proceeded in the following way

All the tests were initially performed on a test environment installed software, completely off-line, then in a "pre-prod" environment, that replicated the actual operating conditions, and - once succeeded - we proceeded with its final installation in production.

Together with the tests, considering the introduction of the software into production, Simco was involved in a training program for the deposit operators with the preparation of records and training sessions to different professionals starting from supervisors to operation staff, in two different class, theorethical and operative.

The introduction to production of the WMS took place progressively starting from the Stock flow (from April 2013) to the reaching, through the X-DOCK flow (August 2013), of the LDD go-live flow in January 2014.